To the OCM, the Mall, and More! 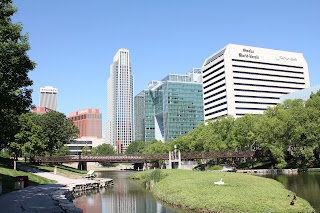 What a crazy day! Yesterday Asher and I hit the Omaha Children's Museum's members hour (which is from 9-10 on Tuesdays) before going to the Gene Leahy Mall so Asher could go down the slides.

The museum has some new exhibits, at least some we had not spotted before. Asher wanted to start with Art, which is crazy for him. After doing a little water coloring, we walked over to see a pizza parlor. How fun! Dare I say this, but it is better than the Lincoln Children's Museum's Pizza Parlor exhibit. There is a station where the kids can put together their pretend pizzas before baking them. There is a big soft pizza for the little ones, too. There is a restaurant area with a ringing phone where people call in with their order. Asher was there by himself for 10 minutes answering calls and making pizzas. Um, Mama's Pizza, do you need a new employee? Asher rocks at speed and accuracy! I guess that may break a child labor law or two. Anyhow, it is a great exhibit for creativity, imagination and fun!

Asher played in the ball room, the main big room and on the zoo animals. The upstairs is between exhibits right now, but it was still pretty busy there. Asher likes to play until another child comes and takes a toy away or pushes him aside, then Asher is done. I need to work with him on playing along side other kiddos better. He is just a little too shy for that right now unless he knows the child really well.

When Asher was ready, we drove down to the Gene Leahy Mall to slide the big slides. He loves the slides! It looked like someone had just been there with wax paper making them crazy slick. Okay, on this trip, the park was disgusting smelling. I won't go into great detail...but it caused me to want to leave a little sooner. YUCK! It is still pretty...but Omaha needs to keep that area looking and smelling beautiful...just saying.

After our big morning, lunch with Daddy at Freddy's in Papillion, shopping for tree replacements with Daddy, back to pick up the girls to go to swim camp, ugh...we were wiped. All in a days worth of fun though, right?! 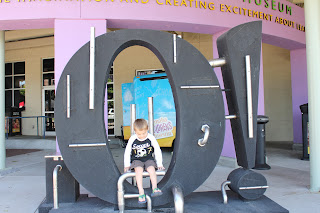 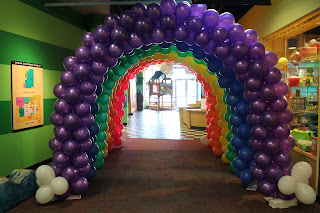 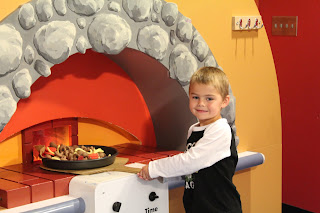 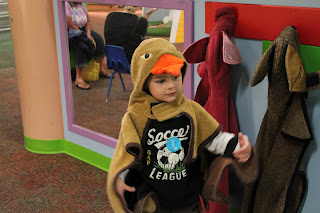 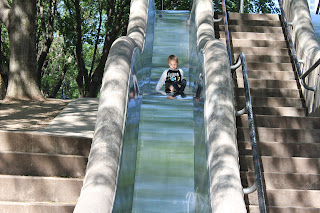 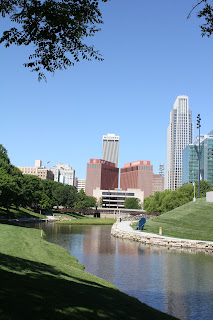