Today we had the last spring soccer games for Alivia and Asher.

First, Alivia had her game at 8:30 on 72nd and Maple. No sleeping in for us! That's okay...nobody sleeps much around here anyway. Alivia was excited about playing. She played defense and then a little offense, really getting involved (for once!) and showing enthusiasm. Coach Patrick even said that he would give a pancake at their post game breakfast at Ihop for anyone who made a goal. So funny! Almost every girl got hurt, but they gave it their all. The team really improved this season! We are really not sure what we will do in the fall, continue at the YMCA or move towards a more competitive team. I just don't believe Alivia is ready for the big leagues quite yet (that may just push her to quit).

Chris, unfortunately had to miss both games, which meant Asher's team was coachless. Coach Grandpa Bob stepped up with the help of Asher's friend Xander's Daddy. Those guys did an awesome job! Coach Bob had the kiddos do drills to get them excited. The kids were all active during the game and had fun. It was a great way to end the season. Funny, on the way home, Asher said, "The best news is that there are no more games!" Funny boy! Asher is definitely going to take a break...and so is Mommy.

Humm...now what will do on Saturdays?! I do believe I can come up with something! 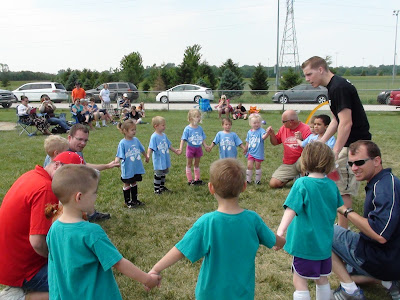 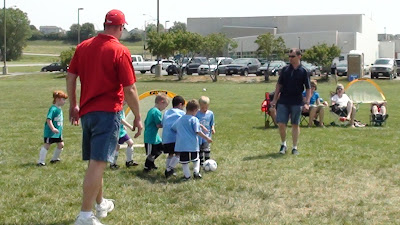 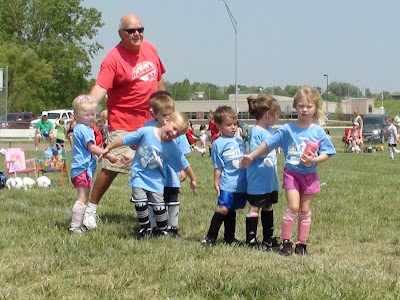