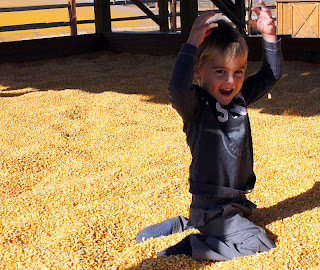 On Tuesday, Asher and I visited Vala's Pumpkin Patch again. The day was beautiful, sunny, and in the upper 70s. We met my friend, Heather, with her new baby and Braden, her 2 1/2 year old little boy. We also met our friends Kim and Keegan, Krissa and Will and their friend Beth with her 2 kiddos. Vala's was not too busy so it was just perfect.

Asher and I arrived at 9:30 set for the day. We set out to wear he wanted to go first. We golfed a little, jumped a little, played in the corn some more, before meeting up with our friends. Braden and Asher played on the plasma cars before going to the pig races where Asher was a helper getting a spider ring (that was a big deal to him!). We then caught the silly dragon show before finding a place in the shade to eat lunch. Braden and Asher rode on this ride I had never seen before in our many times to Valas. It is like little wagons pulled behind a tractor going through a little animated area. It is super cute. I guess that is what happens when you go to Vala's at night...you miss stuff!! The kids continued to hit all the hot spots before we ended back on the jumping pillows. Asher and I were dirty and wiped out by the time we had to leave to go and get the girls from school. But, it was well worth it. What a fun day!!

I hope Asher remembers these special times we have together. I know I will never forget them. I had so much fun that I called Chris while at Vala's to thank him for giving me this gift! 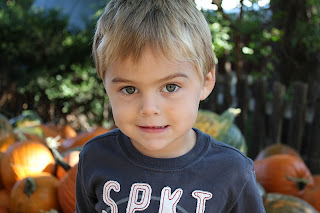 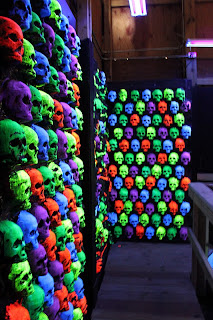 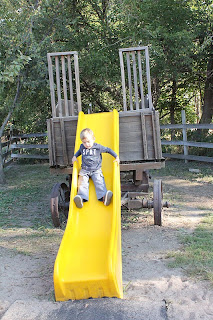 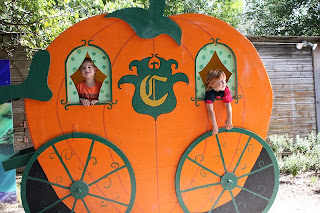 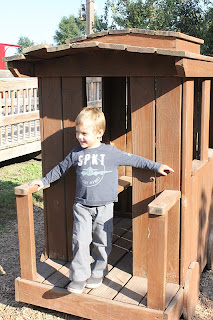 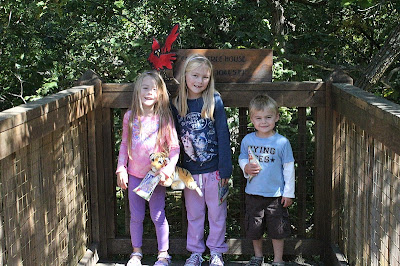 Saturday afternoon, we loaded the crew up for a little trip to Nebraska City to the Arbor Day Farm. What a beautiful place! I had never been there before, but my friend Stacy recommended it. So, why not?!

We paid our entry, and we set out on the neat concrete trails. The trail is beautiful and easy to walk on with many stops to learn about the surrounds along the way. We walked up their "tree house" for the view, the kids played in the many little play areas, and then we took to the mulch trail for more neat bridges and places to check things out. It is a beautiful place, I'm telling you, with so many things for kids. I was amazed that I had never been there before! After all our walking, we went into the green house to get a free tree. Of course, Daddy spoiled the kids by buying them "a little something" in the gift shop before venturing down to the apple store.

They do have a free hayrack ride with your paid entry where you can go and select your own apples. I could not convince Chris to do this, so we just got some at the apple store. I would recommend going to select your own as that would be fun! The apple store has anything and everything you can imagine made of apples. We just bought a couple bags of apples and an apple slush before calling it good.

Another fun day with perfect weather in the 70's. Now I have found 2 good things about fall. Maybe I like this season after all! 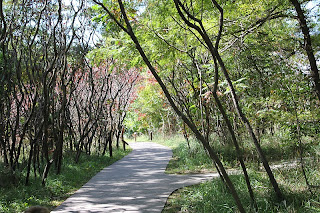 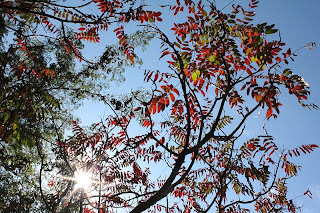 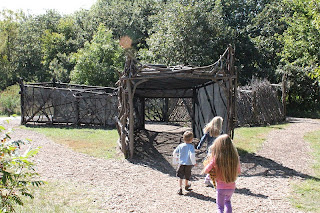 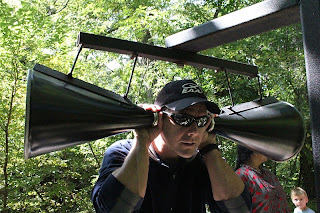 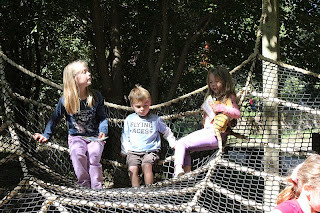 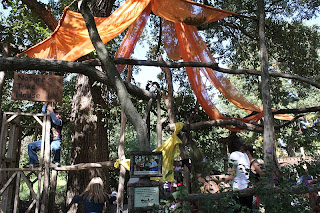 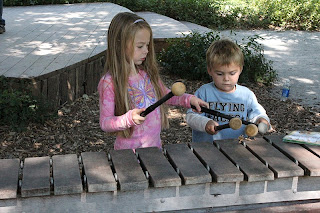 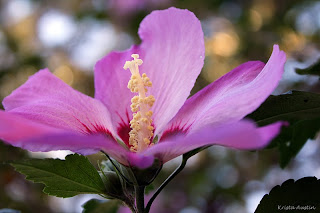 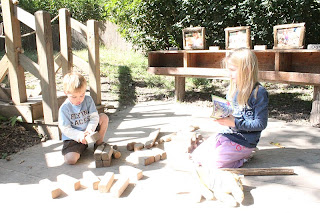 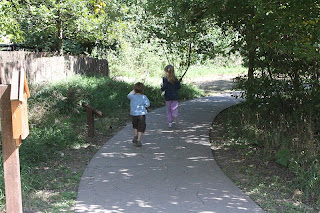 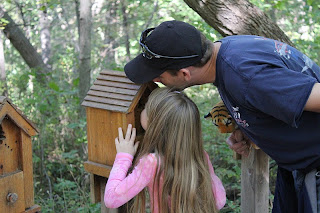 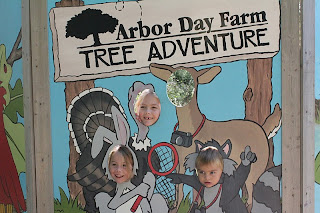 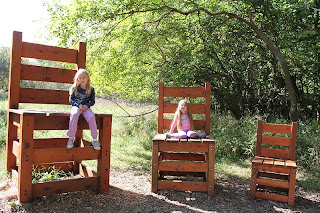 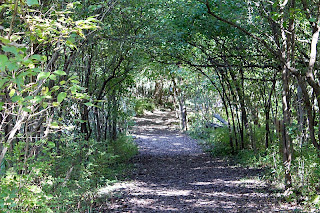 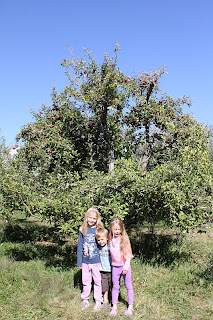 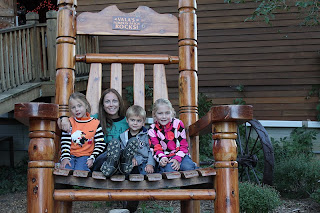 Our Friends, the Allen Family, invited us for opening weekend at Vala's Pumpkin Patch for a little fun around the fire pit on Friday night. And, what a beautiful night it was!! The weather was absolutely perfect.

Chris, having been studying for the last 2 weeks and having the 3 hour timed test at work on Friday, was spent. So, he stayed home with Pippa while I ventured out with the kids. (crazy, I know. But, I could not miss Valas!).

We arrived at 4:45 for the 5PM opening thinking we would be early. Um, there was a huge line. I guess it was armed forces appreciation night, as well as the living social special, so it was to be expected. We waited just a few minutes with out living social tickets before getting in, while others had to wait over an hour to pay for tickets! Yikes.

Once inside, we went to the left first, looking at the animals, going down the BIG slides, going through the pirate mazes, before landing at what I thought would be a short hayrack ride. Well, they took us on a 40 minute ride going maybe 1mph. It was so annoying!!!

Well, after that, the kids played on the new play set made out of logs near educational area (which is really cool) and the little maze area. After take a little pit stop, we moved on to the storybook area, the dragon feeding show and even seeing a person dressed as a dragon before making it to the Allen's firepit for dinner. We had hotdogs, chips, drinks and more. Yummy. The fire is so nice. The kids played and then made their way to the nearby pig races where Alivia won and got a pig nose (that is so exciting for them!).

After dinner, it was time to make our way to the rest of Vala's with the jumping pillows, trikes, the bunnies and more. Vala's is such a fun place. The kids like the jumpy pillows and playing in the corn best!

As the night neared, so did the cooler temperatures. We ventured back to the firepit for smores and to warm up. Alivia, who had a sleepover with her friend Zoe at our house the night before (the kids were off of school for a teacher in service), was now tired and wanting to go home. So, about 9:30, we started to head towards the exit. On the way, we finally found the building with the plasma cars. The kids loved that, playing there for 10 minutes or so before I convinced them to head for the van.

What a fun night. Love the time with friends, the yummy food, Vala's kettle corn, and all the fun with friends. Asher and I are planning another visit next week before we share a fire pit with Chris' parents in October. Okay, maybe there are some good things about Fall!! 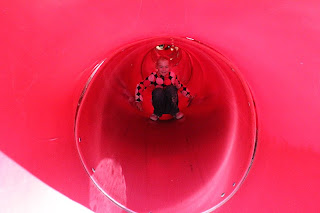 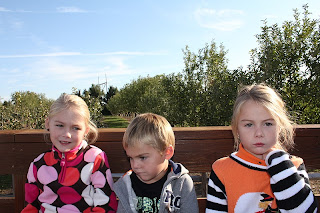 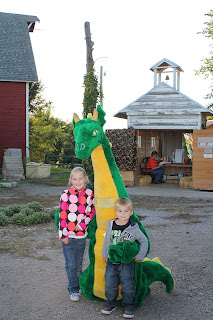 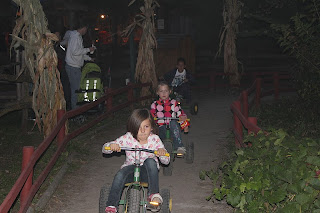 Email ThisBlogThis!Share to TwitterShare to FacebookShare to Pinterest
Labels: things to do in Papillion, things to do with kids, vala's pumpkin patch
Newer Posts Older Posts Home
Subscribe to: Posts (Atom)