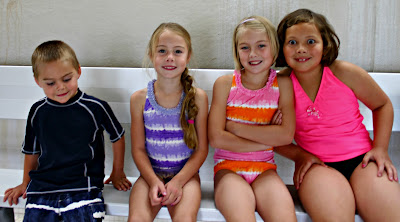 Anyway, Chris elected to stay home and work out while I went to work out at the pool with the kids. I mean really, going to the pool alone with 3 kids is a major work out! In attempt to get Chris to come along, I put on my string bikini and said I was ready to go. He about died, "You can not wear that!" Then come along with!

He declined. I did not wear my string bikini. I wore my mommy tankini and was out the door. Once at the pool, the kids ran in as I slipped off my shorts leaving me in my swimming suit. As the pool loaded up with kids and adults, I quickly realized I was the ONLY mom there in a swimming suit. Seriously! I was not the only adult, however, as I was surrounded by 8-10 dads in the pool! After all, these are young kids and should not be in the pool without an adult nearby. Where were the moms? To my surprise, they were sitting in the background watching on a bench. The invitation stated that parents would need to be in the water with the kids if they were under 8 years old. So why was I the only mom in the water?!

I felt all the Mom eyes on me as I played with the kids, sat on the side, and felt completely uncomfortable for the 1 hour that the kids swim before the party moved into the other room at the YMCA. Seriously, what was the deal?

I someone got through the party in one piece. I texted Chris stating I was in the pool with 10 men...are you jealous? He said yes, as he finished up his workout and enjoyed his peaceful afternoon.

The kids had fun, and I just had fun watching them, however awkward. We want to soak up as much time with our friends as we can before they are hours away.

I'm not sure I will go to another birthday party involving water until my kids are all 8. Just FYI, we are busy that day. :) 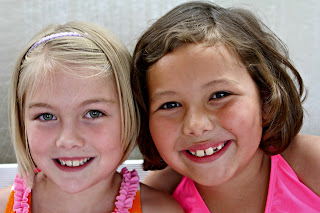 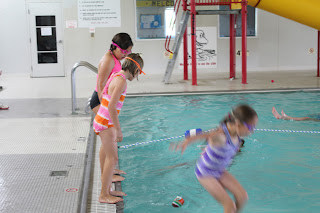 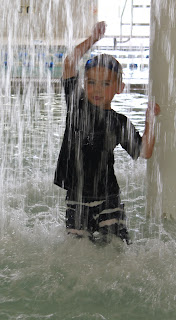 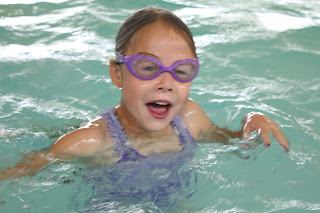 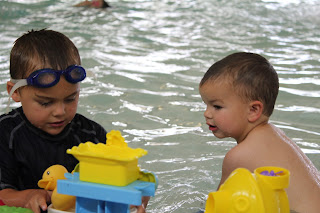 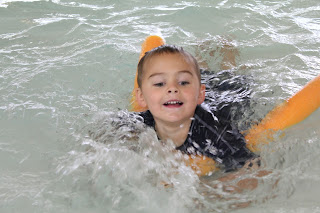 Man, that happens me too, since Scott works on Saturdays so unless the party is on Sunday, I have to be the one in the water. Needless to say, I try to make sure it's on Sunday, or we don't go. It can be so weird to have to be the engaged one in the swimsuit. I just wish more mommies would be involved at parties like that... Way to go!

We can only be so lucky to be invited to the same parties so we r not the only mommies in the pool. :) why is that? I would never send Chris into the pool though!