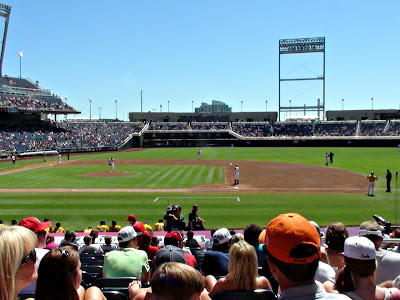 I already mentioned that Asher's first College World Series game ended with a rain delay and dinner with Daddy. I really do not think Asher minded, however.

So, the game was postponed until 11 AM this morning. Chris is neck deep in work **** and really did not have time to break away to go to a CWS game. But, he knew Asher wanted to go. So, he decided to take him, if only for a bit, just so Asher could get to experience his first baseball game, a CWS game no less.

After dragging his feet for a while, Chris yelled down to me from his office, now quietly located in a corner of our bedroom (nice, I know) to say that a co-worker at the Bellevue office had more tickets and he could take all of the kids. Really? That is awesome. Four free tickets to the CWS is like hitting the lottery for the unlucky Austin Family. The kids were cheering. But wait, as I packed a lunch for a forest outing we had planned for the morning, our day was jammed packed with playdates already and what was I supposed to do all day? Chris informs me I have the day off as they rush out the door.

Hum. I started dreaming about what I would do for 3-4 hours while they were gone when my phone rang. Great.

The tickets were probably not together...so Alivia said she would stay back with Grandma if I wanted to sit with Addison. Really? I would love that! So, I ran upstairs to change, layer up on sunscreen. 15 minutes later, my phone rang again. The lady that was giving up her tickets took back one of the tickets because her son decided to go. So, Addison and I could not go afterall.

When Chris got back in the driveway, the girls looked like someone had died. Alivia's and Addison's faces were beat red and soaked with tears. Addison was more mad because she could not go Wednesday night (she still thought Asher saw the game and did not understand it was rain delayed) and now she could not go today. She thought the lady at work was mean to say we could have it and then take it back. I agree, that was not very nice. She really messed up the day. But, we are lucky that Chris still got to go with Asher, and now he had a free parking pass ($10 value no less), so that was good news (if you really dig deep).

Asher and Chris had a blast at their first CWS game together. Asher had a short attention span, however, and just wanted food (peanuts, popcorn, hotdogs, etc). They stayed a couple hours before coming home. Tonight, Asher wanted to play baseball with Daddy. I see that as a success! 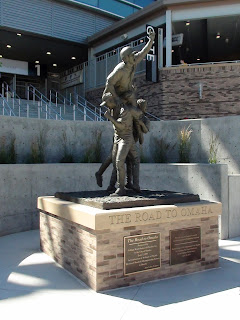 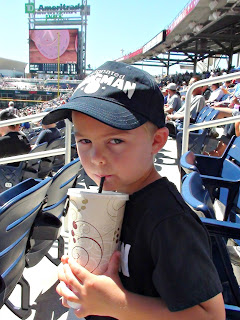 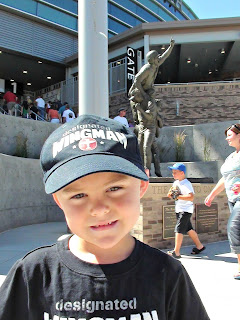 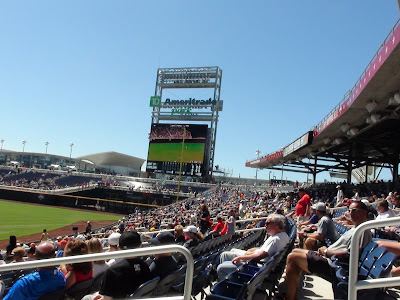 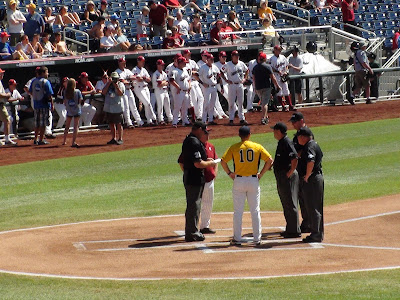 WOW! That was not nice to take back the tickets! I am glad the boys had fun. Definitely take the family to the Storm Chasers if the girls want to see a baseball game. The parking is cheap and the atmosphere is fun. Plus, during the week, hardly anyone goes. :)