On Saturday, Asher celebrated turning 4 in airplane style. He invited his Grandmas and Grandpas and 6 little friends for an hour and a half of airplane fun.

The boys all arrived during the winter wonderland of December where we were getting 6 inches of snow. The boys did not care. They ran in and the party began.

Chris had made signs and built a cut out airplane to add to the party theme. 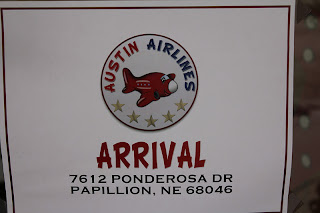 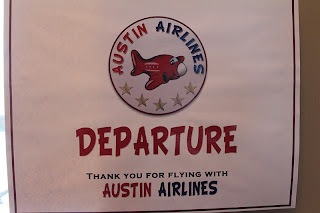 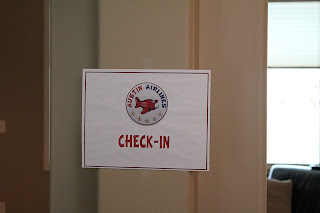 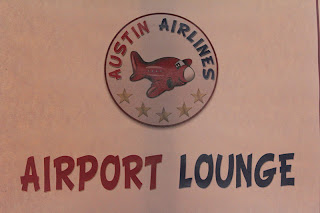 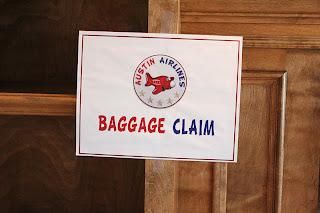 The boys started off coloring an airplane picture, then got airplane tattoos before getting some snacks that may or may not be found or eaten on airplanes (come on, we could not just serve pretzels and water!). Then the boys decorated paper airplanes and tried to fly them in the basement. Chris then set up the flight simulator game on his PS3 and the boys had fun with that. Chris was impressed with their flying skills and enthusiasm. When he looked at his watch, he realized that it was 2:15 and we have yet to open presents!! Ooops! So, we ran upstairs for that. Asher got a lot of airplanes and other really fun gifts.

This was Asher's first friend party. It went really well. One thing I would have done differently was to prepare the plates in advance. That was kind of a pain and not well thought out. I also would have had the Grandparents come on his birthday at night for dinner (note to self for all the future parties). Other than that, it went well and Asher had a blast. 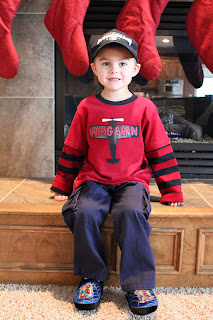 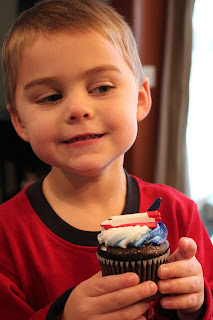