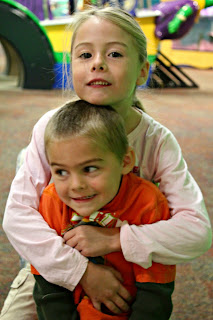 This morning the plan changed, at least a little. Alivia, who is now 8 going on 15, did not want to go. She wanted to stay home (with Chris in his home office), read and catch up on her drawing. I caved with Chris' permission and allowed her to stay in. The girl deserves a little peace and quiet, too, if that is what she wishes.

Addison excitedly remembered going to places with Asher alone when she was smaller while Alivia was in school. They were both excited.

We arrived to a somewhat quiet Children's Museum, but it quickly changed to its loud and normal place of fun. The upstairs exhibit was closed until the next one, so there were limited things to do that were new. The kids had fun running around exerting all their wound up kiddo energy. I looked around and watched as parents played on their smart phones and read books. Funny, if I stuck my head in a book or in a smart phone (something I do not have...yet) I would have lost Addi and Asher for sure!

After a morning of loud noise and play, we went to the Gene Leahy Mall for a picnic followed up by going down the big slides. The air was crisp and somewhat cool, the geese and swans were actively fighting, and it was the perfect spot for a picnic. There were kiddos on the slide with their wax paper, making the slides speedier than normal. Addison and Asher had a blast.

It was a fun morning. Asher even thanked me for taking them to the Children's Museum and to the slides (such a sweet boy!).  Alivia enjoyed her morning alone.

Now, I must plan something for the next day off that does not include working that night! 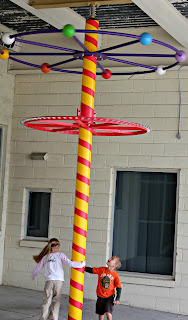 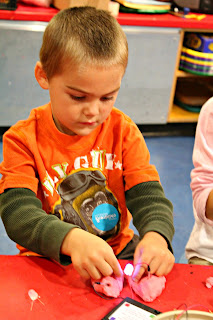 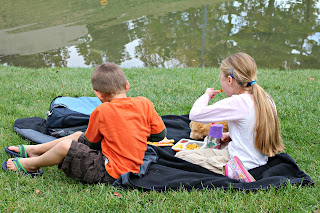 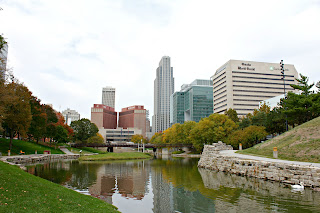 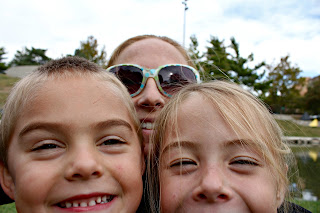 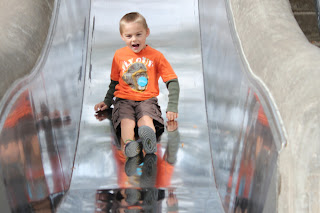 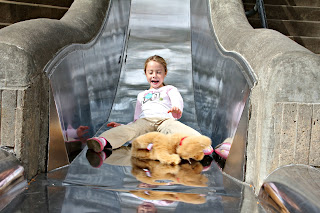 Email ThisBlogThis!Share to TwitterShare to FacebookShare to Pinterest
Labels: gene leahy mall omaha, omaha children's museum, things to do with kids in omaha

How fun! Good for you for letting Alivia do her own thing! Looks like the 3 of you enjoyed yourselves. :-)