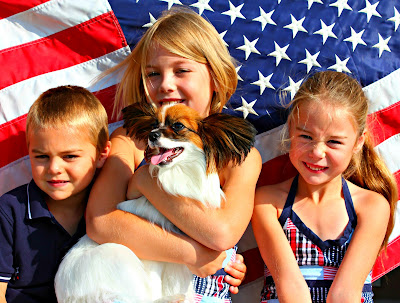 We NEVER do anything on the 4th of July. Crazy thing, I recall back to when I was getting my Master's Degree and I had midterms the week of the 4th. I was so annoyed by all the noise that I could hardly stand it. I could not wait until I was done with school so I could celebrate like I did when I was a kid. My parents always had their friends over for a bar-b-q, back yard games, food, home made ice cream and the best (although probably not by Shadow Lake standards) fire work display. I looked forward to the 4th of July.

Now, Chris and I never do anything. We were invited to a party shortly after Alivia was born and I recall watching Alivia sleep instead of going to the party (I had no desire to leave the house). We have done that pretty much since that time, although the kids are not usually sleeping. We were invited, last minute, to a block party on a near by street, but I did not want to go. I just wanted to stay home and do the things we had planned. So, that is what we did.

In the morning, the girls went to Zoe's to enjoy the pre block party festivities (the jumpy jump), Chris and Asher took a motorcycle ride the 2 blocks to Grandma Kathy and Grandpa Bob's house, while I stayed home to make Chris' favorite Zucchini bread before the air was above 100 degrees for the 5th day in a row (?).

Lunch outside was followed up with a water fight in the backyard. I felt like a train ran over me, so I stayed back taking pictures so I did not have to move my body. It was fun to see Chris out of his office having fun with the kids. The kids were soaking up the fun, too! After the water fun, it was time to move into the air conditioned house for movie time!

As we started the movie, Grandma Bet and Grandpa Bob stopped by on their Harley to visit! The kids were thrilled! They went outside (this time for maybe 10 seconds) and ran off energy while we visited with Grandma and Grandpa. Their motorcycle ride had heated up a bit (now 100) and they needed to cool off. :)

After their visit, we fired up the grill to make chicken along with watermelon (a huge one from Costco - would totally recommend it!), veges and more. Mmmm! We then finished the movie before playing in the pool a while longer. In no time, it was time for the fire pit and smores. YUMMY!

The kids set up for the fireworks. We do not buy any fireworks for many reasons. One, I work in healthcare and have worked in the burn unit as a tech during nursing school. I have seen many reasons to not buy fireworks. Two, Asher burned his hands on sparklers when he was 2 and I swore we would not buy ANY after that (that year I believe Chris just bought sparklers and a couple other small things). Three, I would prefer not to have my house burn down because of one night of fun (and I am not even sure I would have fun lighting them). And finally, it is way more fun to watch everyone else's money go up in smoke, right?!

Anyway, the kids liked the fireworks until they got loud, then they all lost interest. Our kids do not like noise. They were all laying under our chairs with pillows over their ears. By 10ish, they were all ready to go inside, asleep within minutes.

It seems everyone has their 4th of July traditions, and we just never started any. So, we have made our own.

The 4th is Our Family Day. 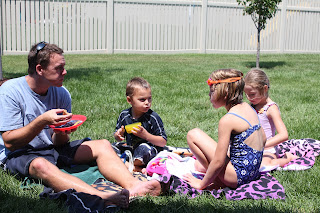 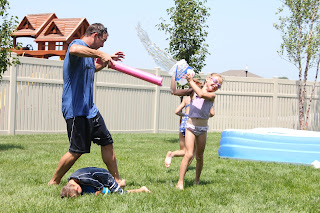 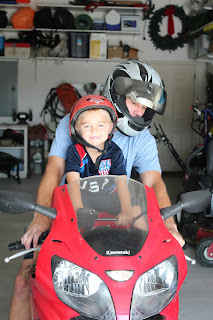 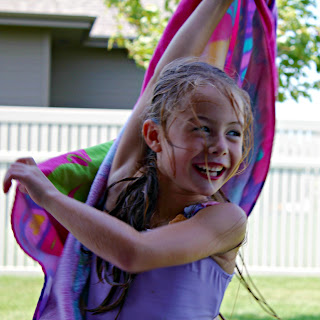 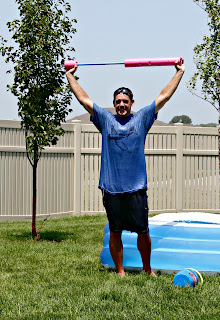 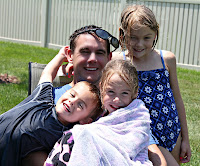 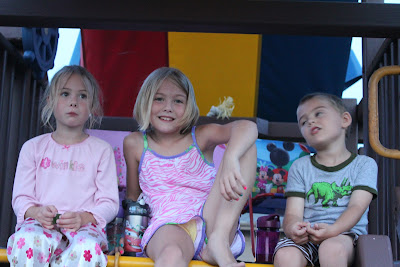 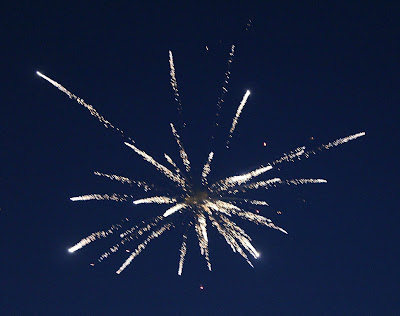 Sounds like the perfect day to me! A day with just the family is wonderful. We have the same idea about fireworks and my kids think I am no fun. Oh well. I always tell them, when they are older they can set their money on fire, until then, we are going to travel with our money. :) Glad you had a wonderful holiday! You have fun pictures to match!